Having gone to bed early, David and I get up with no problem and head on down towards Market Street around 8:15AM. Google Maps informs us that our BART (Bay Area Rapid Transit) train will arrive at 8:29AM and will whisk us over to Akeem’s place where we’ll meet up with some other people before heading over to a parade. I took a good long glance at the map, and then cleared my phone away as we descend the escalator steps to the train platform. At 8:29AM, a train arrives that we think is our train and with inadequate time to verify, we hustle and get on the train. After a minute and a half of tracing our fingers over the color-coded map and mumbling to ourselves, we come to the correct conclusion that this is indeed our train and realize that the old couple a few yards away who went unnoticed probably think we are crazy. It didn’t matter because we were victorious.

After everyone arrived at Akeem’s apartment, we grab a Lyft to Alamo Square to watch the Bay to Breakers “race”. 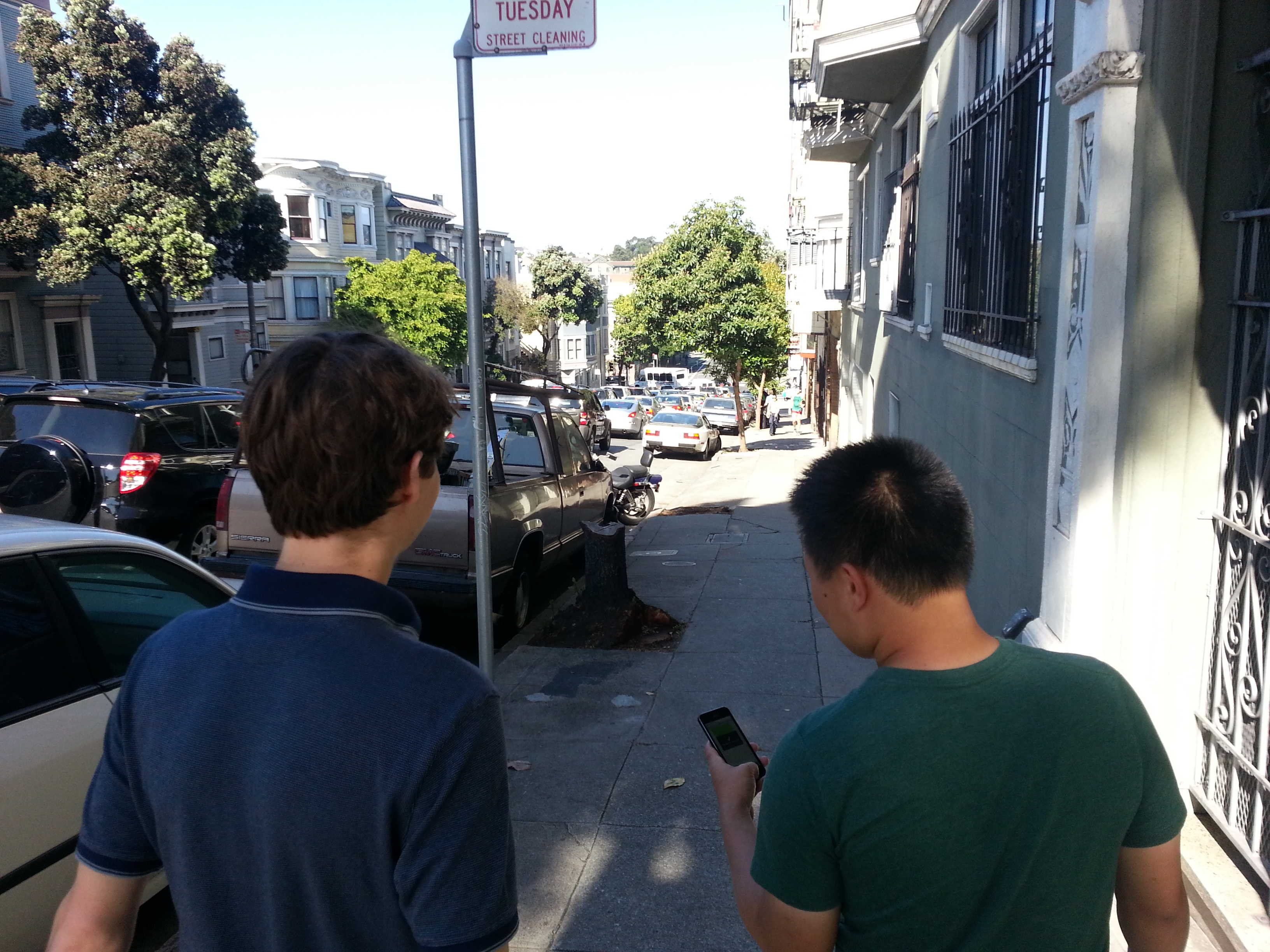 While I’m positive that the first people to run in this event do indeed treat it as a foot race, the remaining 99.9% of people are clearly not in a hurry. Everyone was wearing costumes with a San Francisco spectrum of ideas: there were people in Victorian Era outfits, a guy dressed as though he was in a hot air balloon, Teenage Mutant Ninja Turtles, naked dudes, a surprisingly large number of lifeguards, pirates, sharks, Cards Against Humanity, Ghost Busters, and many cross dressing variations on childhood TV shows. 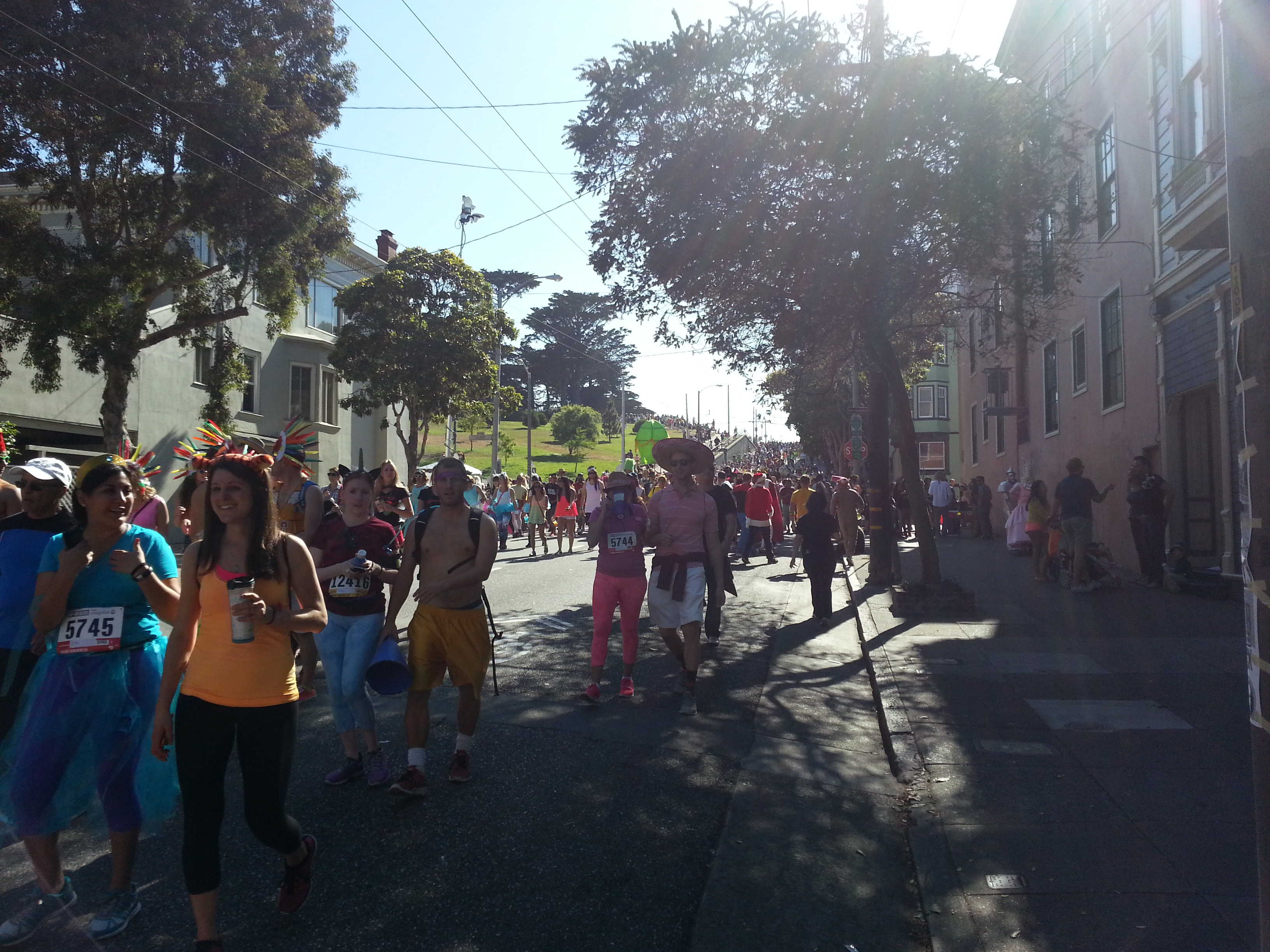 We camped out on that hill in the background. 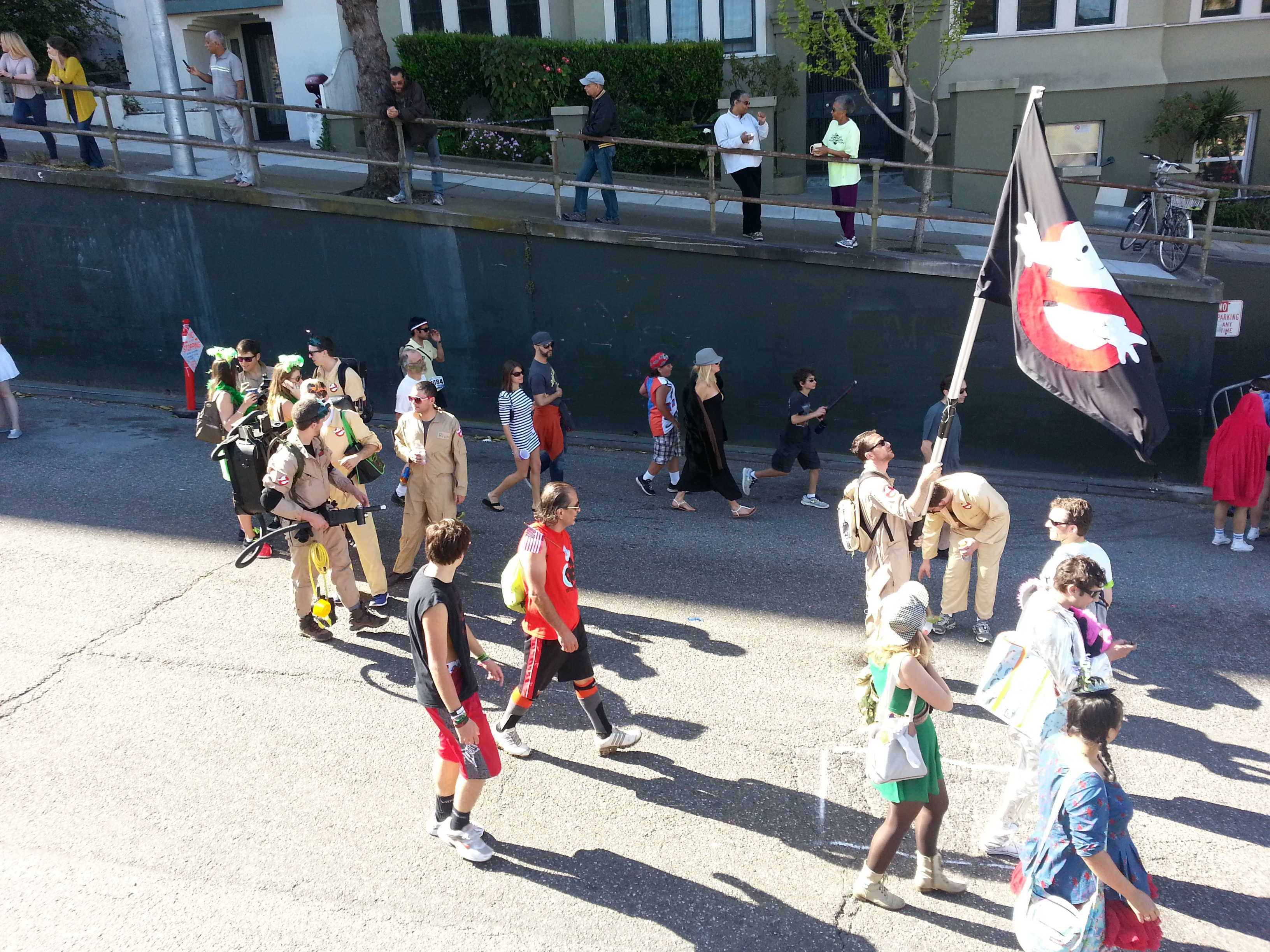 There is something strange in this neighborhood. 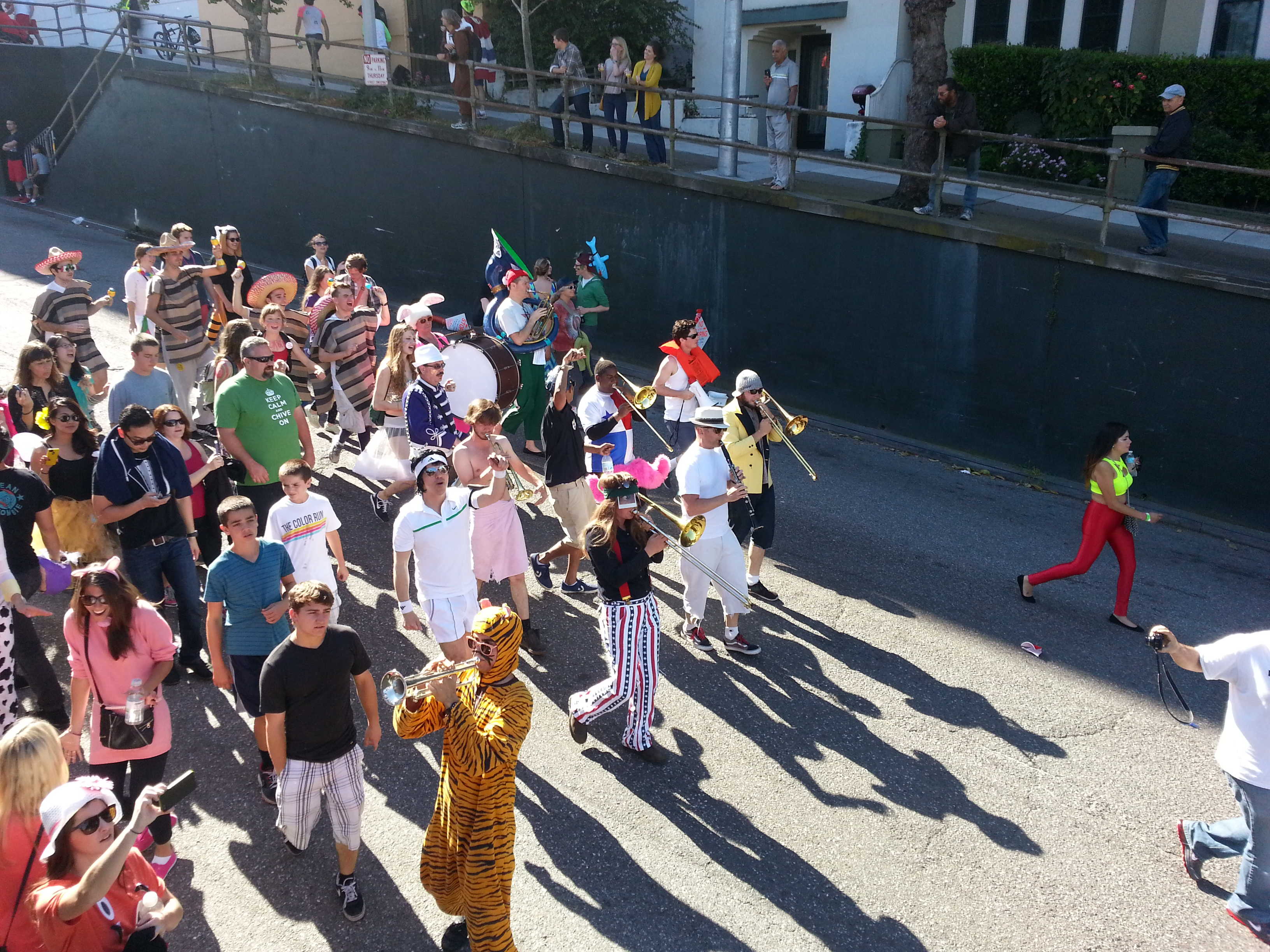 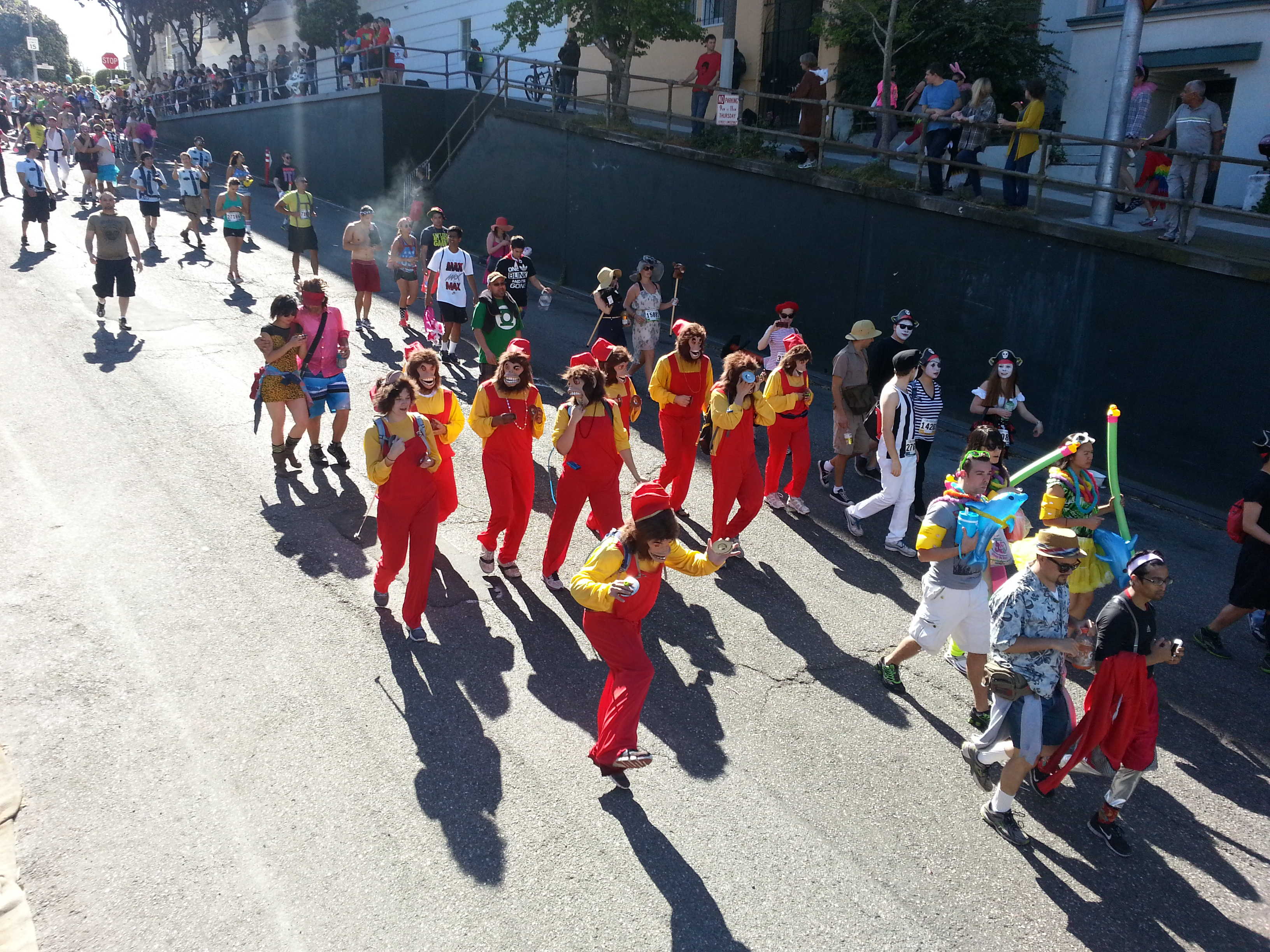 Some cross between clever and creepy 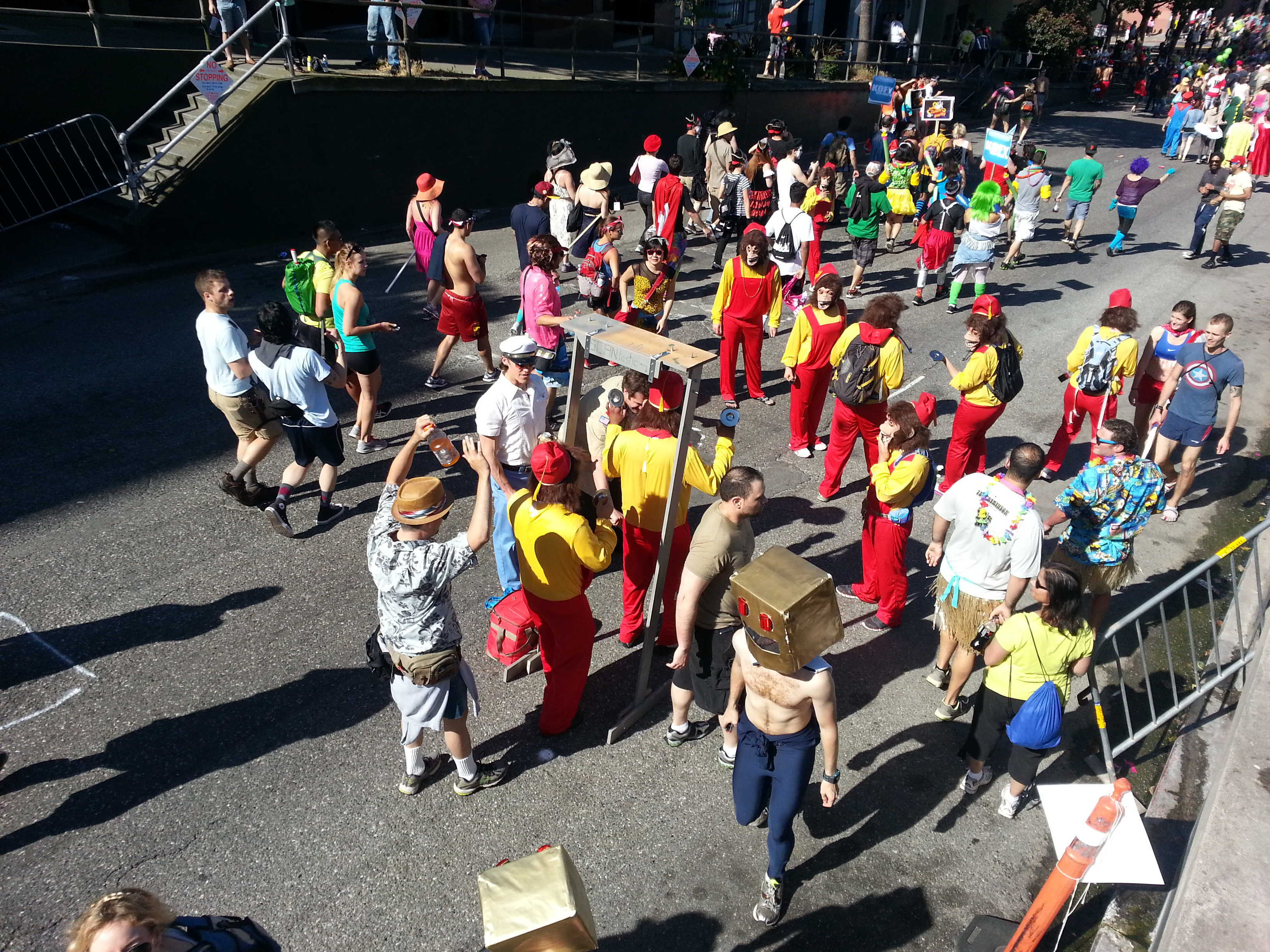 “I’m sorry sir, I can’t let you through here without the proper amount of party.” 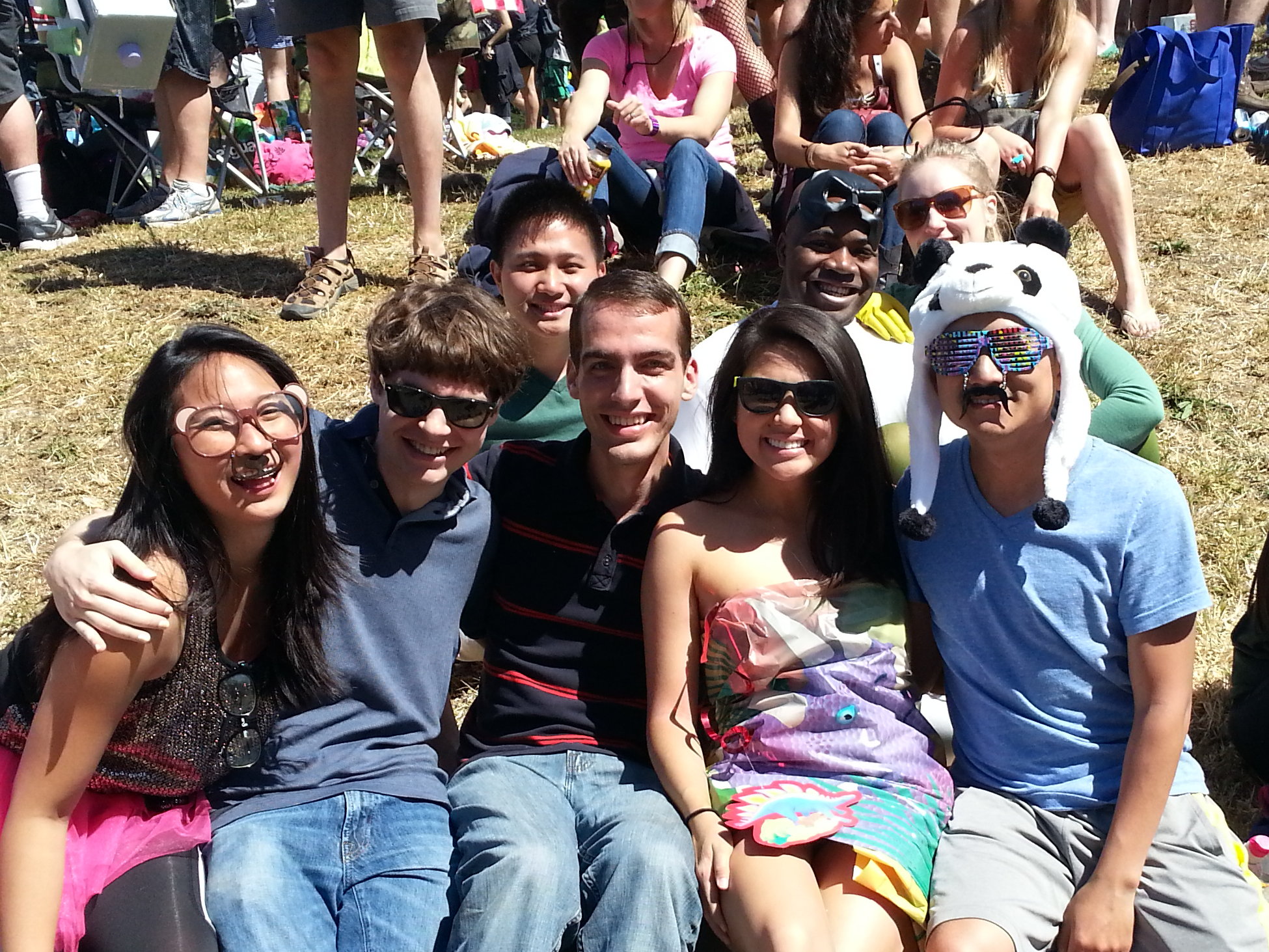 Hey, hey, the gangs all here.

Food and the Park 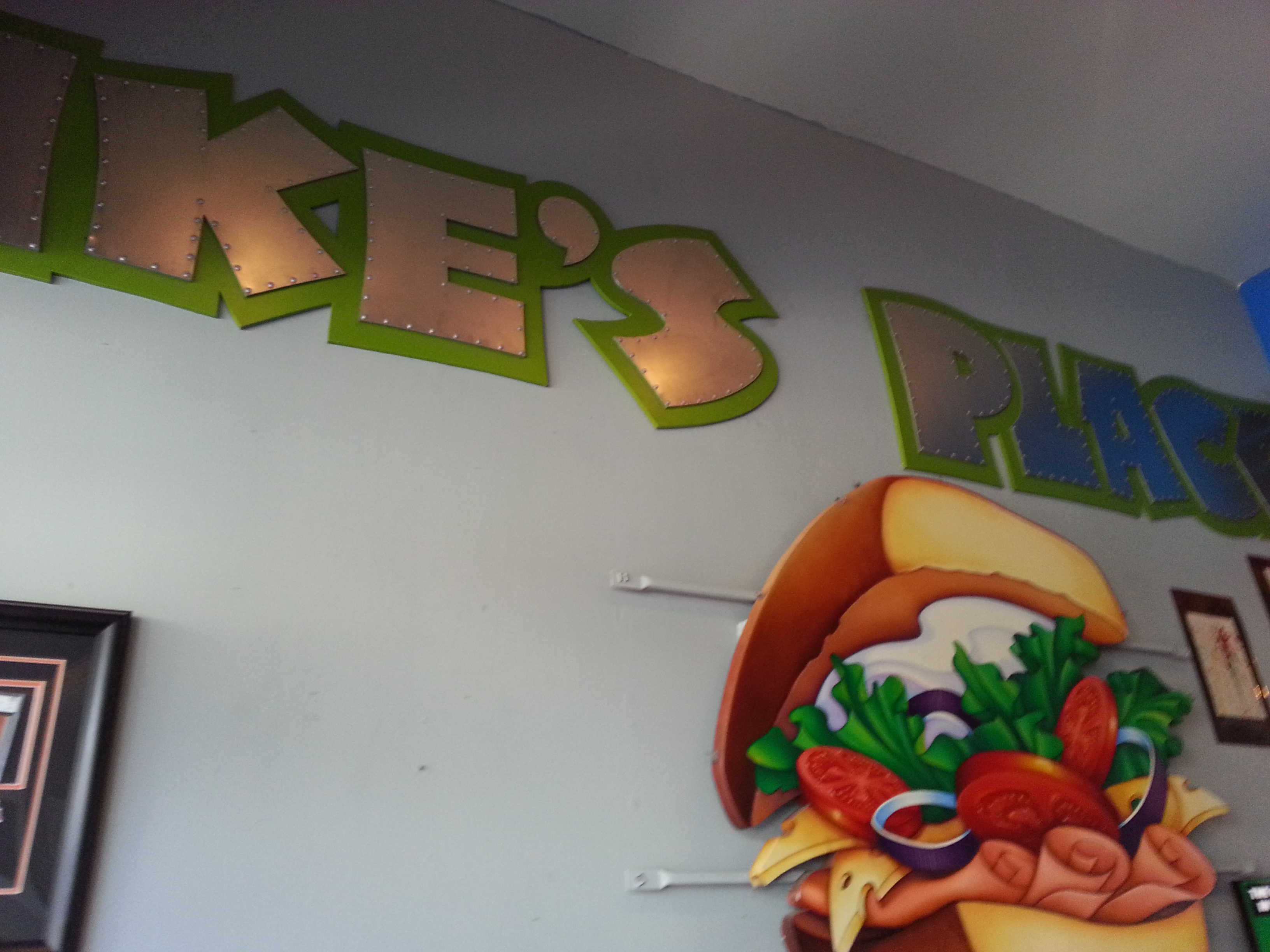 We hit up this super-tasty sandwich shop called Ike’s Place (no relation to a Mike, unfortunately). I got a sandwich called “Name of Girl I’m Dating”, and it was fantastic. We got out of Ike’s just as half of the city decided to show up, and we headed to Dolores Park to enjoy our lunches and hung out for a while.

My friend Nathan joined the group at the park a bit after lunch, and he, my roommate David headed over to check out The San Francisco Museum of Modern Art before it closed for two and a half years. 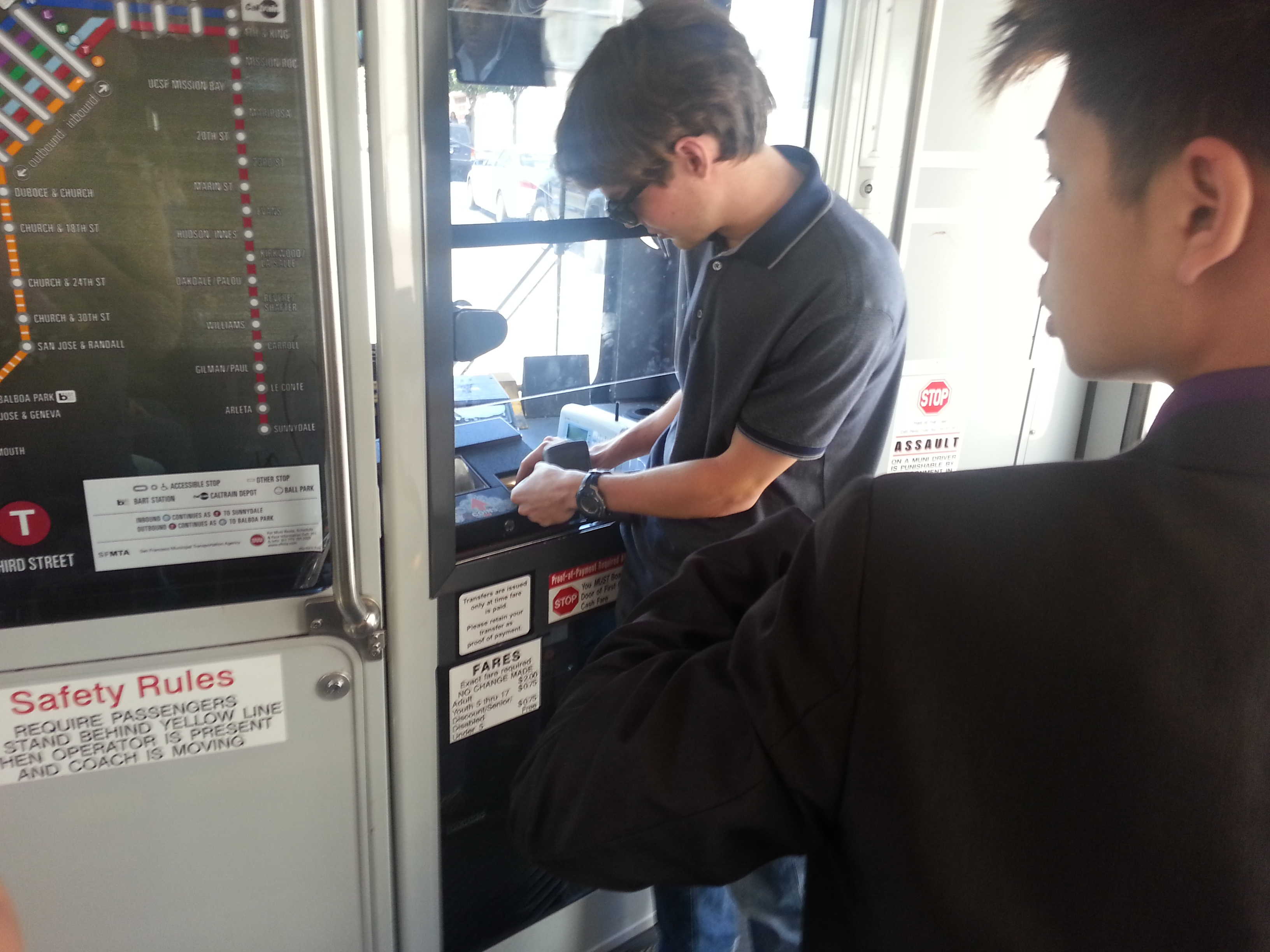 I believe this is a picture of the first time David used public transit in San Francisco. 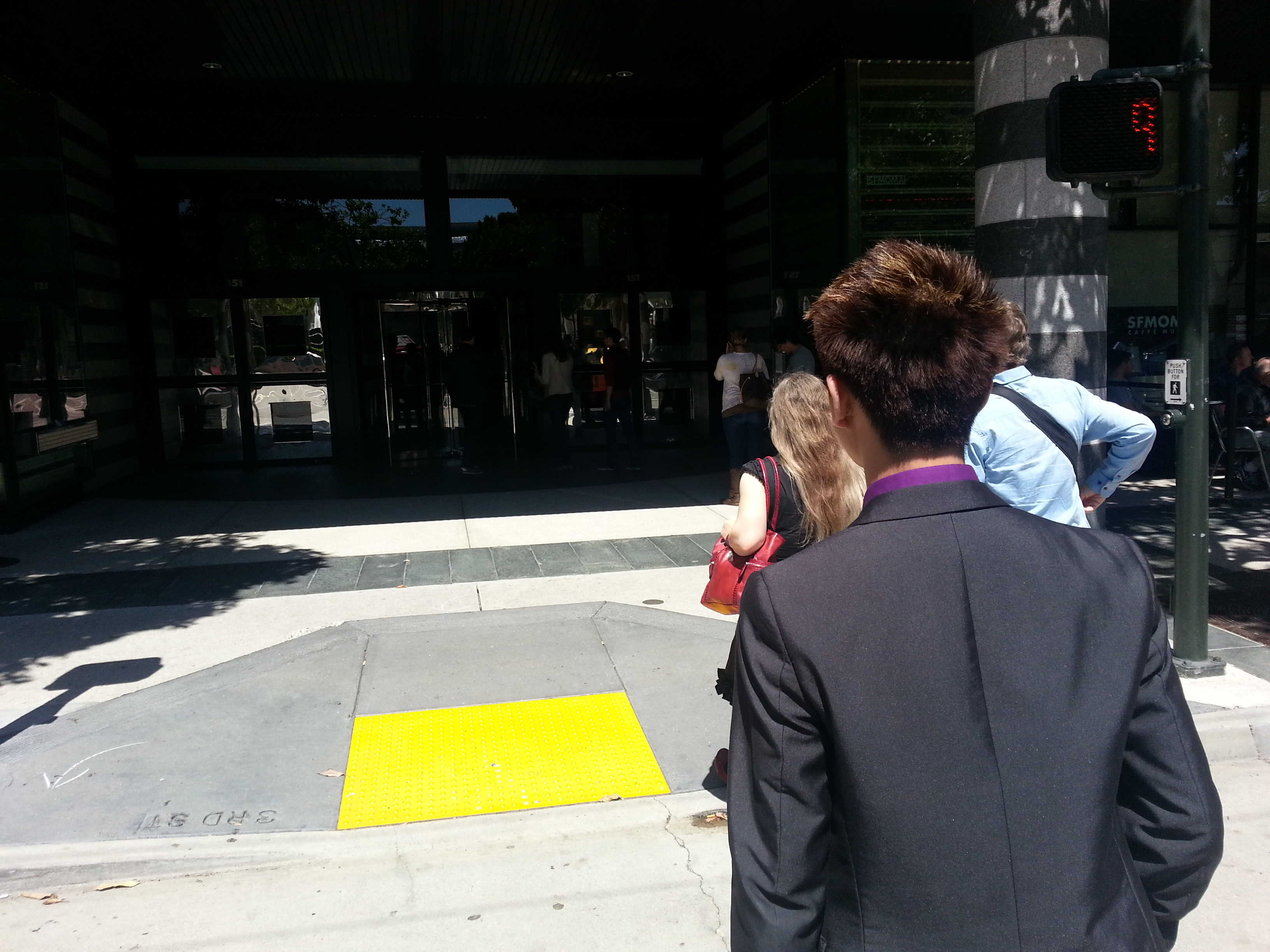 At this point I realized candid photos weren’t easy/cool. Unlike the way Nathan dresses. Nathan is always cool. 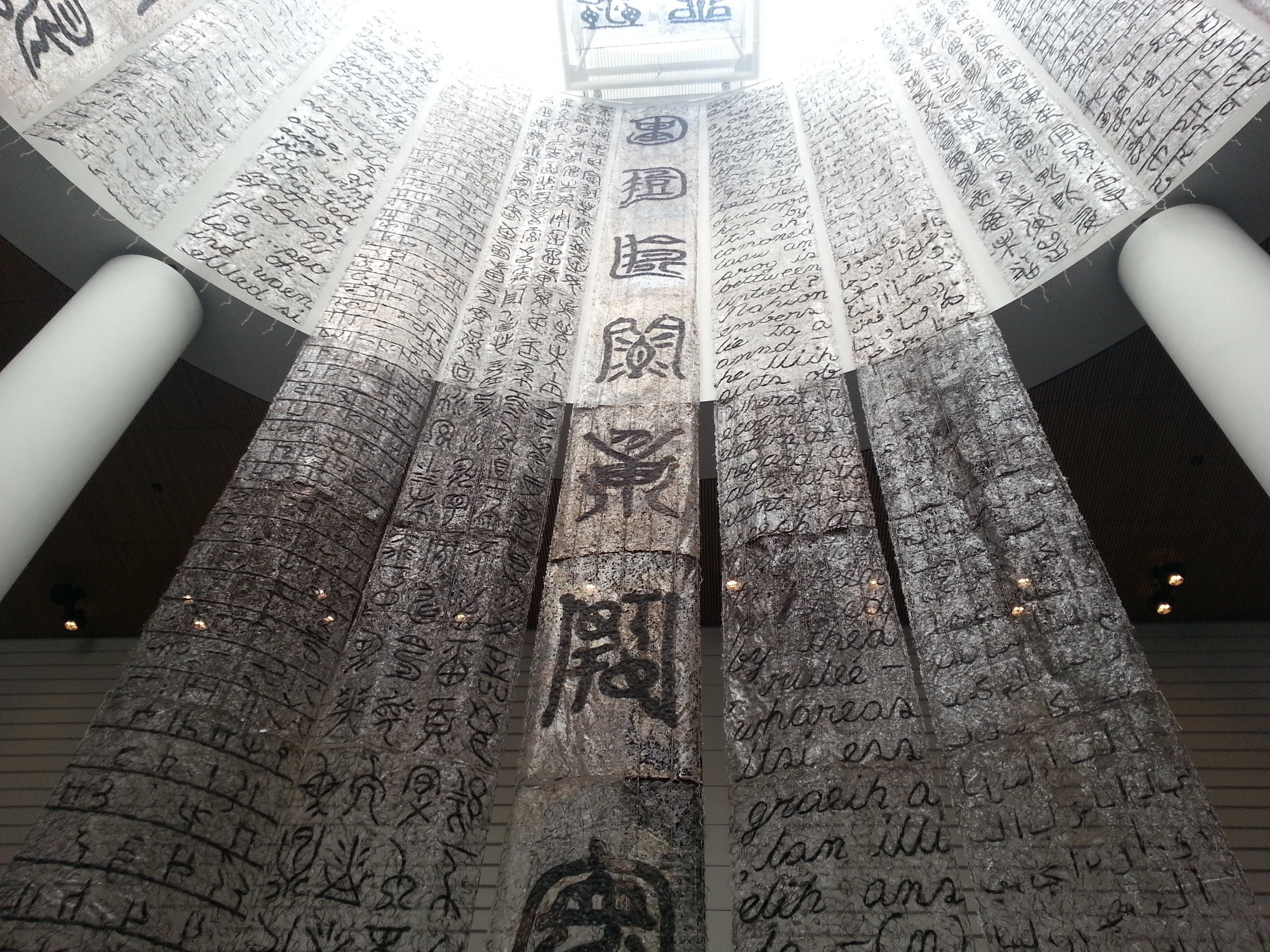 The scrolls were pretty sweet and would make quite the discussion piece for anyone’s living room. 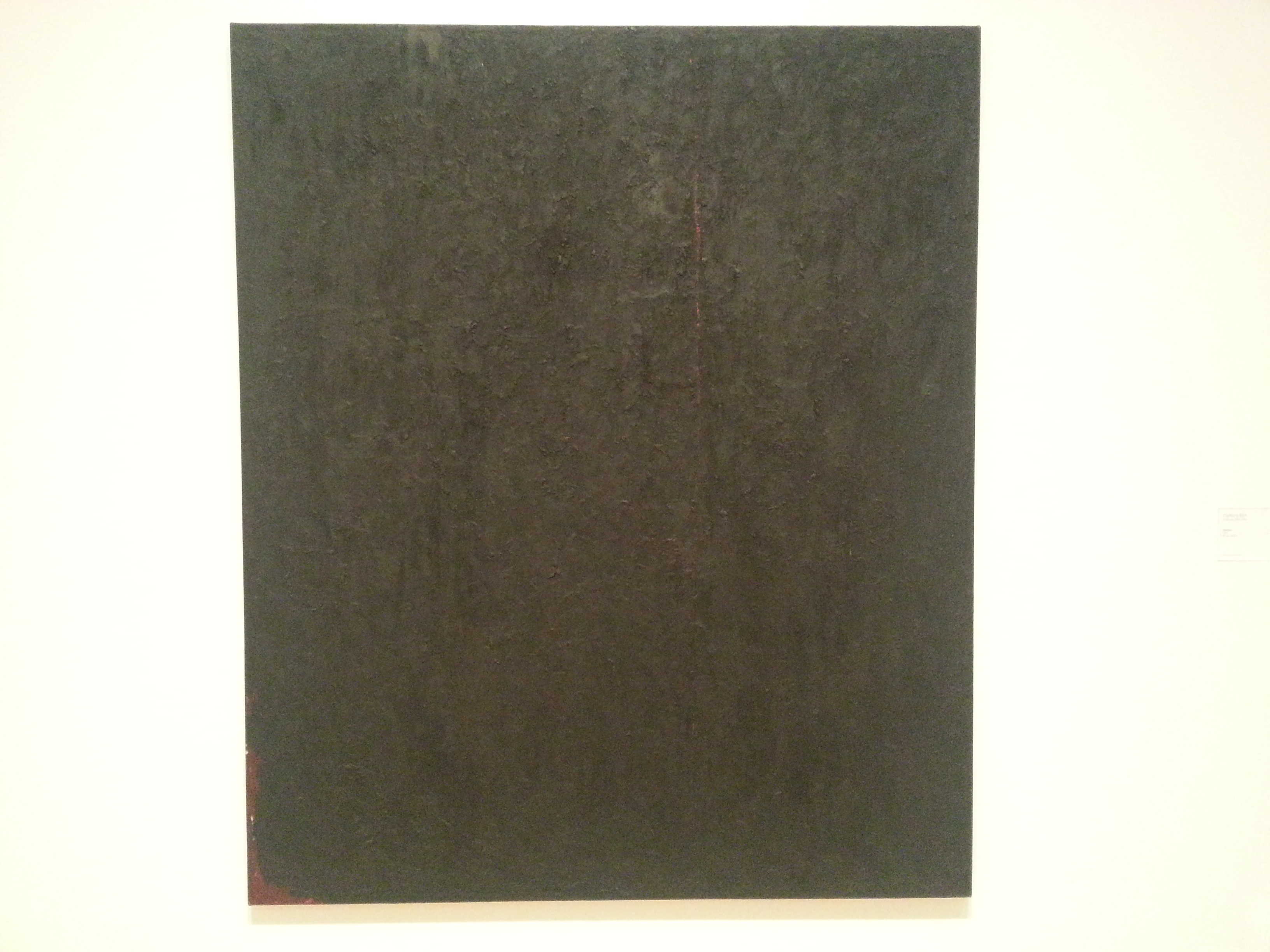 If you look really close, you can see the eagle. 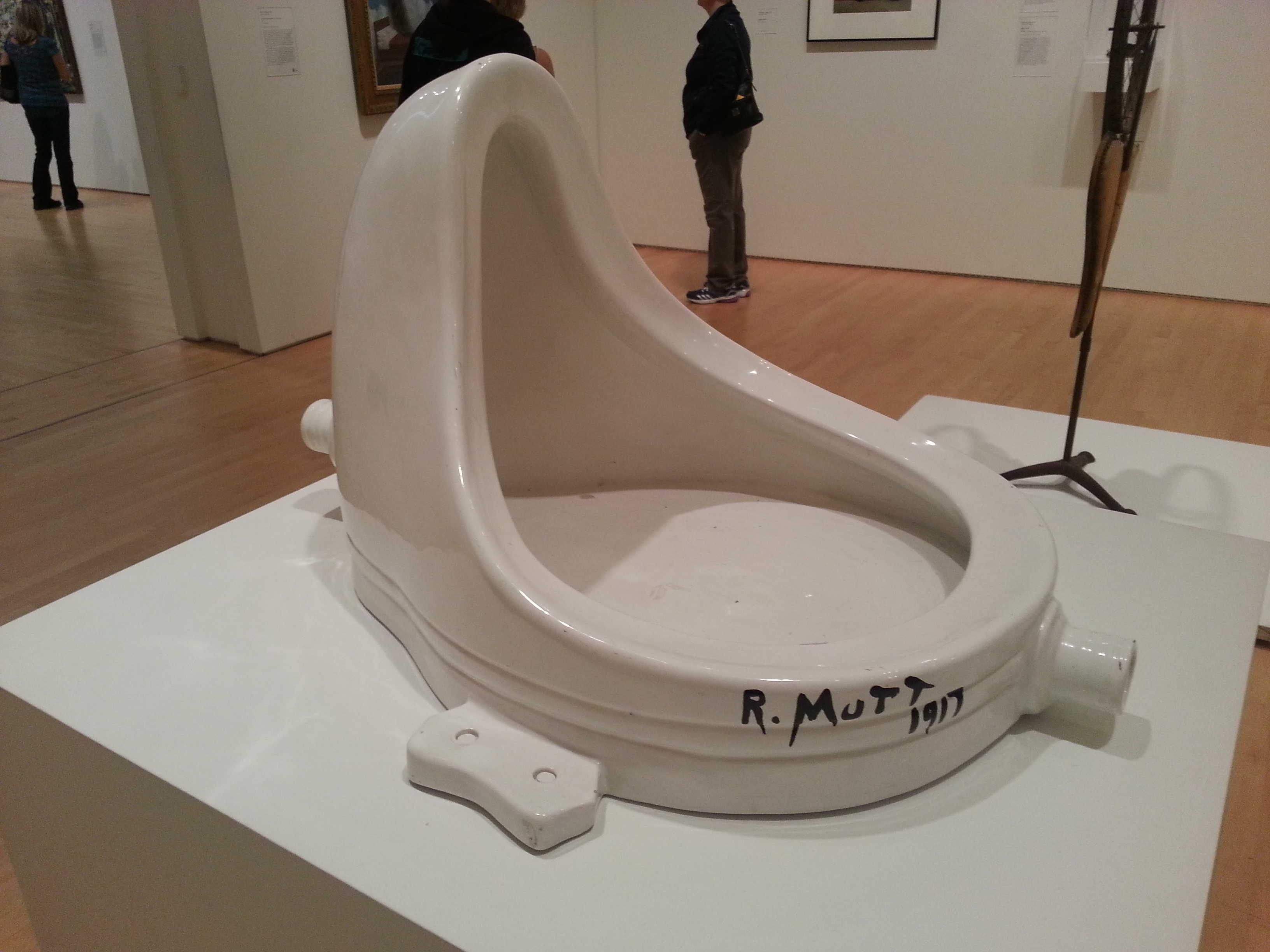 Fortunately, SF MOMA had restroom facilities in the middle of a gallery.

And thus concluded my first full day in San Francisco for the summer.