I really like ki, but I didn’t want to run the shell script every time. Other folks felt the same, so I ended up writing this Homebrew formula. Here’s an abbreviated version of how I did it.

How does Homebrew work?

Homebrew is a package manager and artifact builder. All of the programs/tools/packages that core Homebrew knows about are located at brew --repo homebrew/core repository. 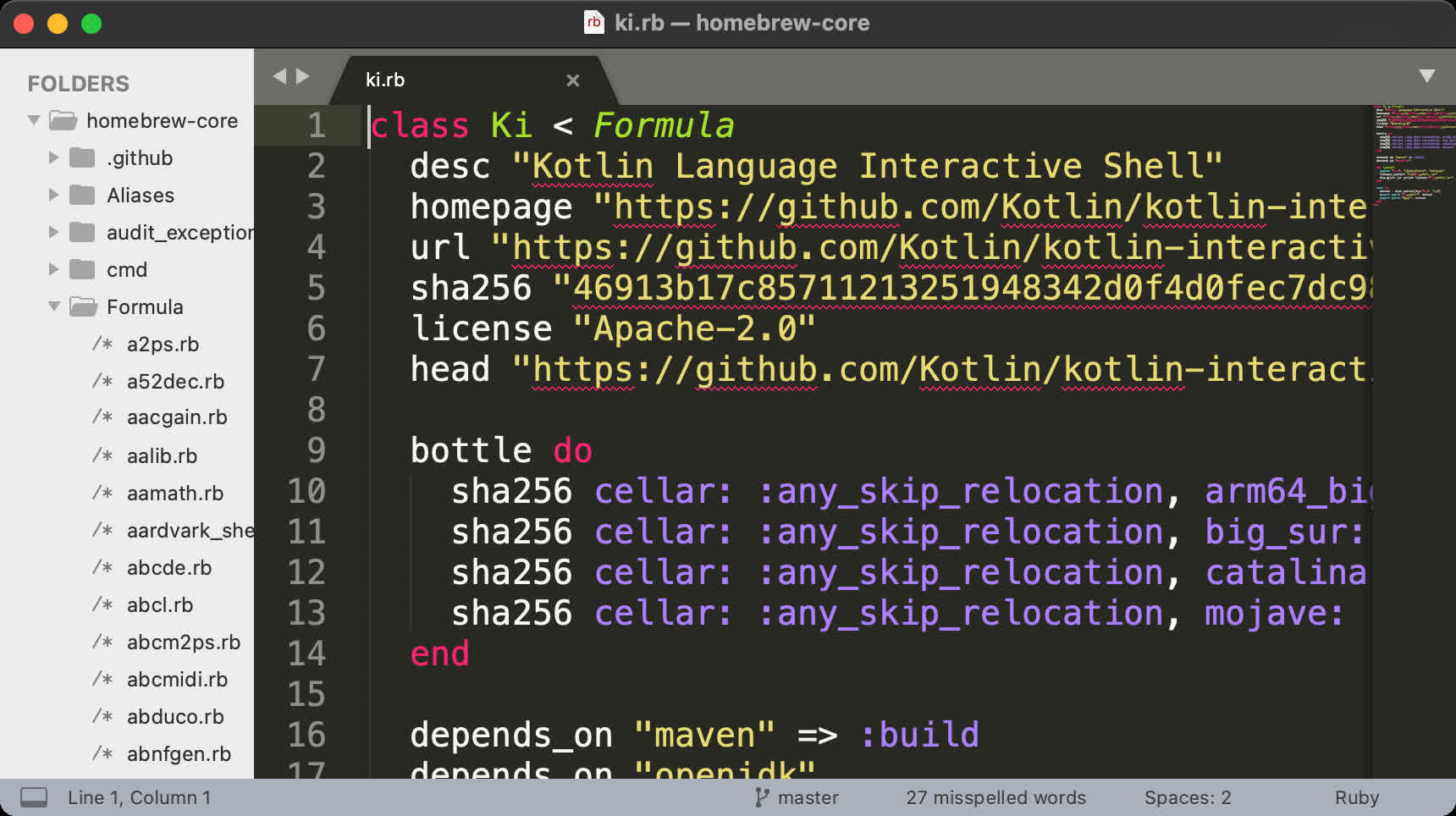 The repository contains instructions (called formulae) for the Homebrew build servers to make and test the programs. Once the build servers build the formulae, they store the result as “bottles”. When you run brew install <formula>, you download the bottle along with any other dependency.

Getting started is super easy because Homebrew has a command to generate a template formula. In my case, I ran the following by pointing at the released version of ki.

… which resulted in (more-or-less) this:

I renamed the generated kotlin-interactive-shell.rb file to ki.rb and changed the KotlinInteractiveShell class name to Ki because I wanted the command line tool to be ki.

The only build dependency is Maven, and the runtime is Java, so those are the only two packages I needed to call out.

I then took the build instructions from the ki README and plopped them into the install block. I put the Java artifact into the libexec folder to avoid name collisions, which I learned about from this StackExchange post.

Homebrew has some nice pre-built commands including one for wiring up JAR files, so making the command line script is also very little work.

To test out my script, I made my laptop pretend it was a Homebrew build server, and built the package.

I didn’t actually write the correct code the first time, so I ran the build command with an additional --debug flag that let me try things out in the build environment. I spent most of my time doing this.

The test block of the formula is a very basic check to see if the tool runs at all. I tried to not over-think it.

When you run the ki shell, and then close it, this is the output.

For my test, I just wanted to make sure the initial “ki-shell” and final “Bye!” message appeared.

I then tested with brew test ki. My first draft of the test also didn’t work, so I used the --debug flag here too.

When the test worked, I made sure the automated auditor passed.

Last, but not least I opened up a pull request against the Homebrew/homebrew-core repo and watched the tests run. 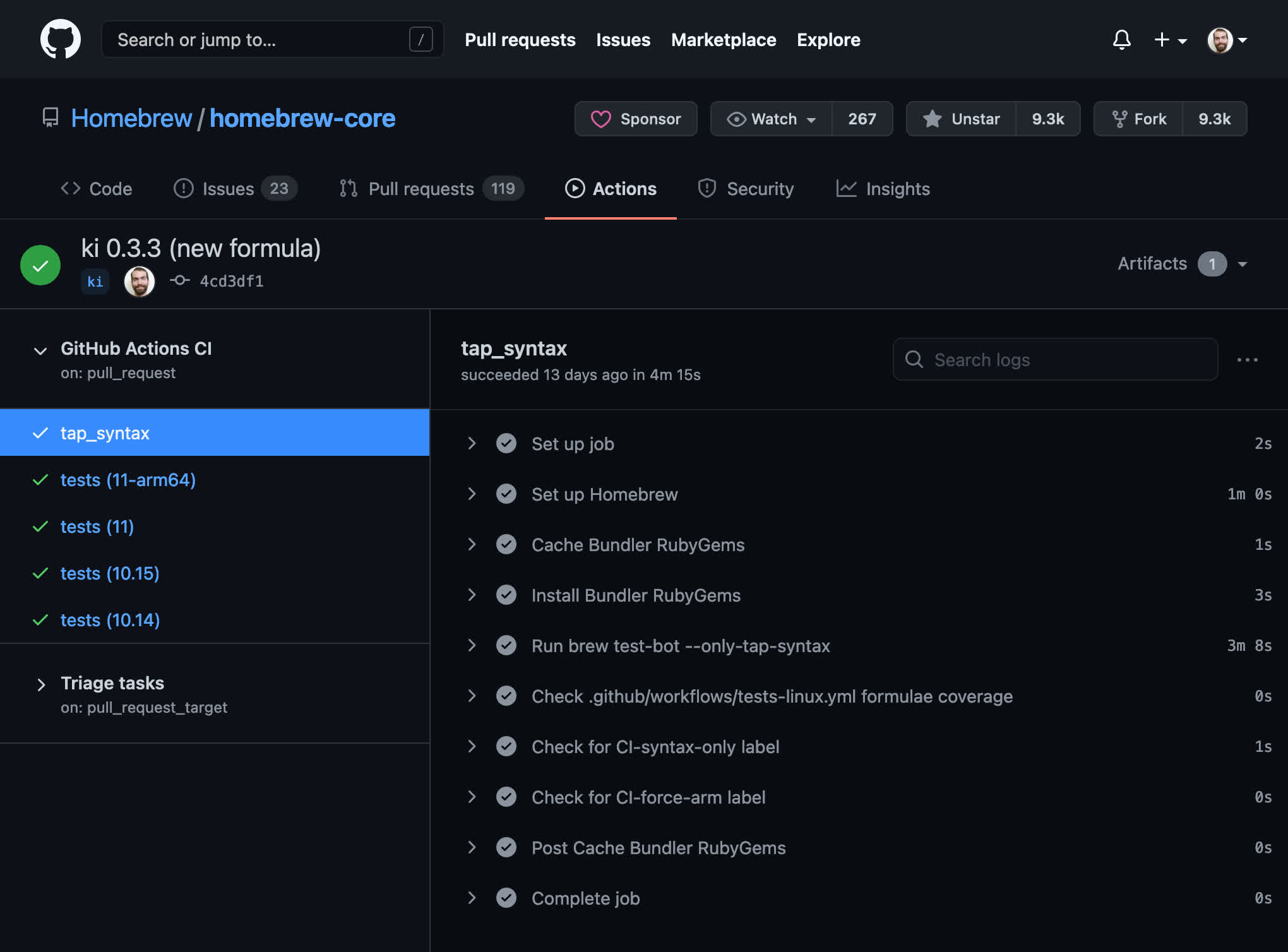 Once all of the tests passed, and I got sign-off from the reviewers, the formula was merged, and Homebrew built ki for the various macOS environments.

I ran brew install ki, and was very excited to see it work.

Look around and borrow

Most of everything I did, I figured out by looking at other formulae, trial, and error. If you ever decide to write a formula, you might want to do the same.