Here are 4 tricks that I’ve found to make my life easier and help me communicate better with my co-workers.

1. Store screenshots in a folder on your Dock 📂

How do you keep your desktop from being overrun with screenshots? The macOS default is to just dump the images next to everything else you store. If, like me, you take a lot of screenshots, your desktop can quickly fill up. 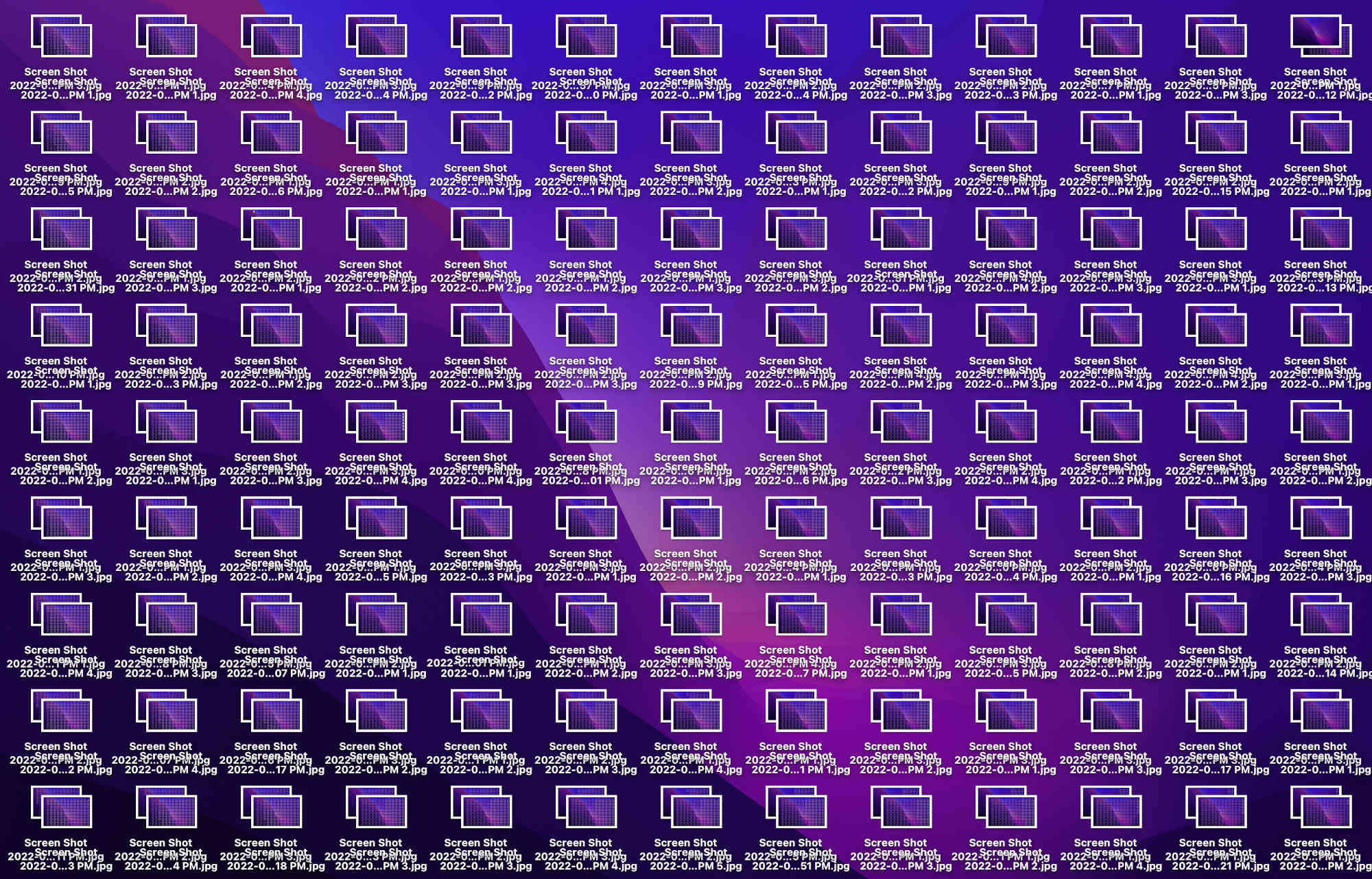 The solution: store them in a Dock folder like Steve Jobs intended.

(This one is from a tweet I wrote a year ago.)

How can you make full-app screenshots (⌘ ⇧ 4 then space bar) only include the relevant content without the extra gradient border? If your plan is to share the image, the person receiving the image probably doesn’t care about the feeling that the screen is floating. Remove the shadow!

To bring back the shadow, change true to false.

How can you make your screenshots take up less space? If you’re sharing the images to places with resource constrains or just want faster uploads, you’re going to want the images to be smaller. One easy way is to change your default screenshot format from .png to .jpg.

Run the following command from Terminal.

If you change your mind later, you can always go back with.

I took a screenshot of a Google image search for “cat” and the PNG was 5.7MB while the JPEG was 1.4MB. I got less impressive results when I took screenshots of mostly solid color screens.

⚠️ The main downside of this setting is that transparent parts of screenshots will be turned black.

How can you easily show the before-and-after of an image? You could use Photoshop or GIMP, but that takes a fair amount of time. If you’re comfortable enough to use Terminal, you can very quickly make a side-by-side with ImageMagick.

ImageMagick has a helpful set of image manipulation tools including montage. If you don’t yet have Homebrew installed, I recommend doing that first. You can then install ImageMagick by running brew install imagemagick from Terminal.

Of course you can change to -geometry +0+0 if you want no space or have the output with a .jpg extension if you want a smaller image size.

Instead of typing out the <image> file names, you can also drag the file onto the Terminal window.

If you liked this, please tell a friend. If you hated it, keep it to yourself. Thanks to Richard for feedback on this before I sent it out.