How to make a live wallpaper on Android

Android has had live wallpapers since Android 2.1 (Eclair, API 7) which was released in January of 2010 1. If you were using Android back then, you might have remembered this gem of a wallpaper.2

Create an Android project using the creation wizard. I used all of Android Studio’s default settings with Kotlin, and it went well. If you already have a project lying around, you could probably use that too.

For your app to provide the phone with your live wallpaper, you’ll need to make a resource for it and declare your WallpaperService in your AndroidManifest.xml file.

Make an XML file in your resources folder main/res/xml/my_wallpaper.xml. It only really needs a <wallpaper /> tag, but this is where you can define a thumbnail, settings activity, and other neat things.

Jump over to your AndroidManifest.xml file. You’ll need to let Android know that you’re using the live wallpaper API.

In that same Android Manifest, you’ll also need to declare your WallpaperService to give it permissions to do wallpaper-y things.

Now that the system knows about your fun (currently blank) wallpaper, it’s time to get it going! To wire it up, you need to start the WallpaperManager.ACTION_CHANGE_LIVE_WALLPAPER action with your WallpaperService. You can do this from within an OnClickListener, or anywhere that can start an Activity.

To make a background, get the canvas, draw on it, and then post the update. In our first example, override the WallpaperService.Engine#onSurfaceCreated method.

To set everything as one color, draw a Paint object with fill style and color of your choice.

To show the wallpaper updating as we touch our device, we’re going to override the WallpaperService.Engine#onTouchEvent callback. We want to only update when we actually touch our device and not when we also lift our finger up, so we’ll filter for the MotionEvent.ACTION_DOWN action.

To show the touch events are working, let’s change the color to a random one every time. Here’s a quick and easy way to pick a random color between #000000 and #FFFFFF.

And when we put it all together…

… we get a live wallpaper! Here’s a bunch of colors that come up randomly on my first few taps.3 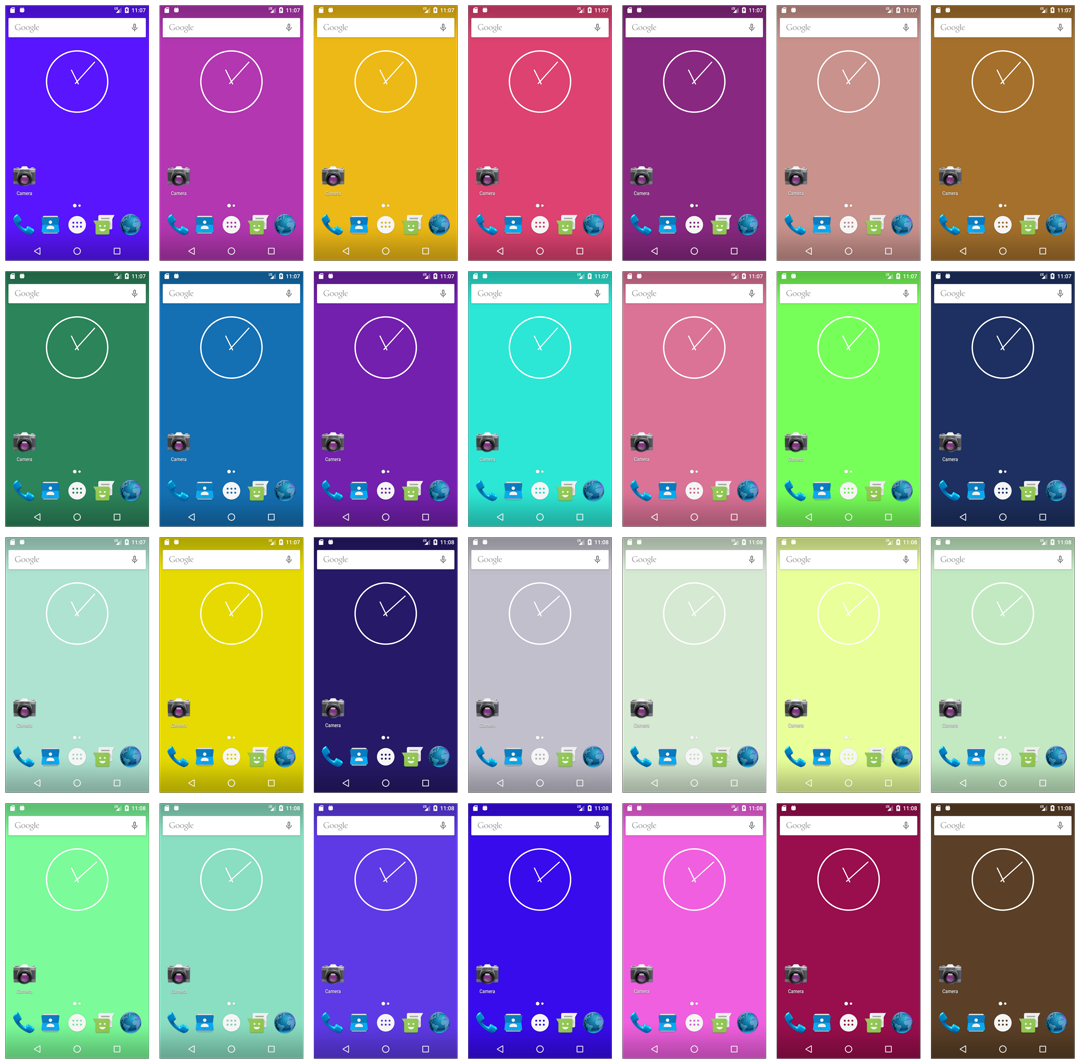 Now that you have a basic live live wallpaper, try things out! Lars Vogel also wrote a nice tutorial which I learned from before writing this. Their post has more on using a Handler and Runnable which will be useful if you want your live wallpaper to move continuously. If you end up making anything (including this example), please record it and share it with me on Twitter.

Thanks for your time, and I hope you enjoyed this post!